Your page? Unpause your account to remove this banner.

Click Here To Join the Free Training
By joining, you will be added to our Newsletter, which you can cancel your subscription at any time.

Helping you Identify and Remove Limiting Beliefs to Become Your Greatest Potential, and Succeed in Life & Business 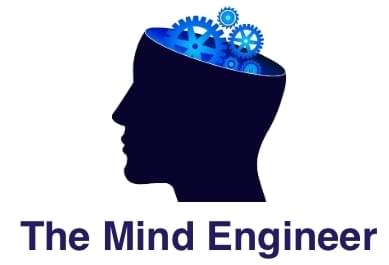 Attention: Entrepreneurs, Coaches, Affiliate Marketers and Consultants!
Get Rid of What is Holding you Back and Getting you Stuck, Bulletproof your Mind and Scale Your Business to 6 figures and beyond
Overcome procrastination, overwhelm, fear, etc, become more focused, and consistent, and increase your income.
Click Here To Join Free Training

CUSTOM JAVASCRIPT / HTML
What You Will Learn On This Free Training:
Insight About What is
Holding You Stuck
We will share how the mind works, the conscious and subconscious mind.
The protective mechanisms the mind uses to keep you "safe", but STUCK.
Tools to Start Identifying
Your Mental Blocks
Will share the ones we have been using, around the world, to help people start identifying and changing the programs in their subconscious mind that are holding their business back.
Techniques to Start Changing Your Mental Blocks
Identify and change negative, limiting, and false beliefs that are holding you back, my reprogramming your subconscious mind. 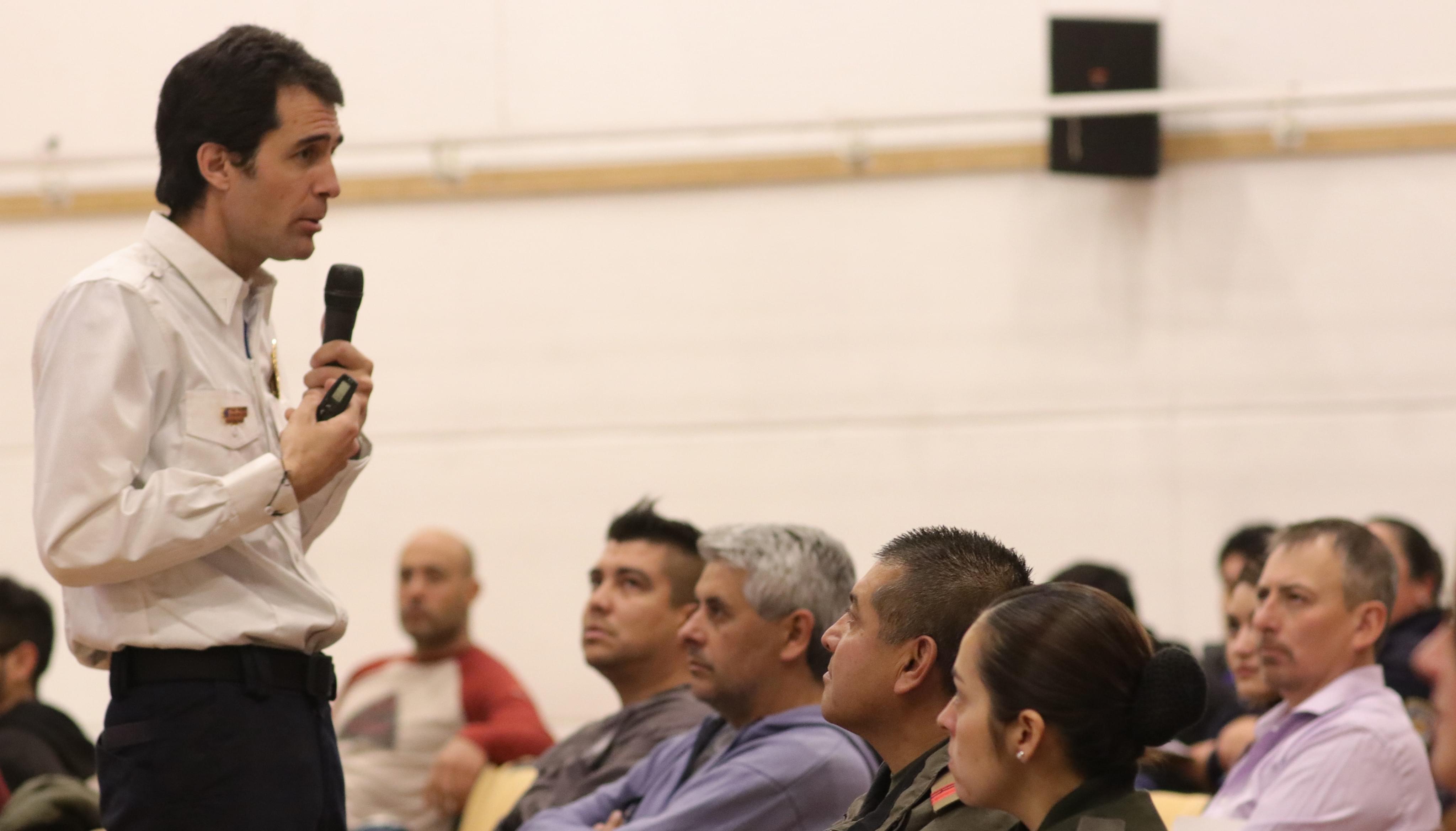 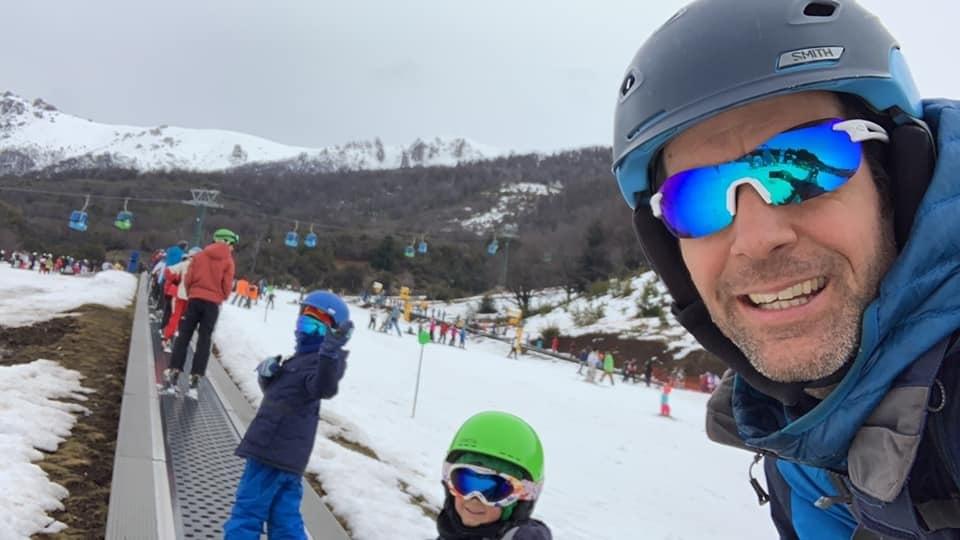 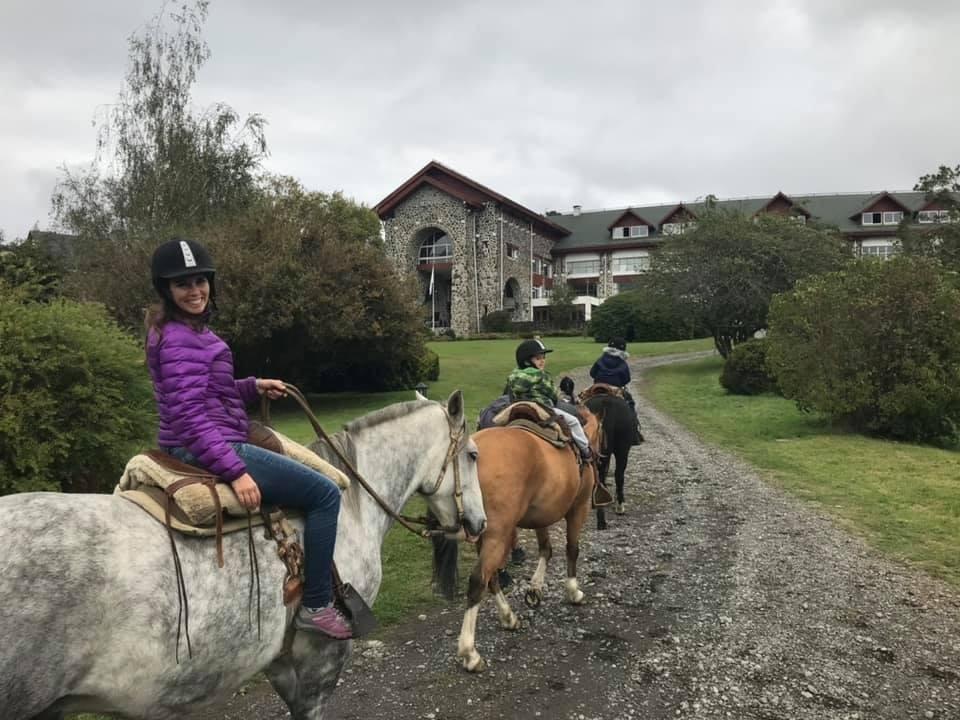 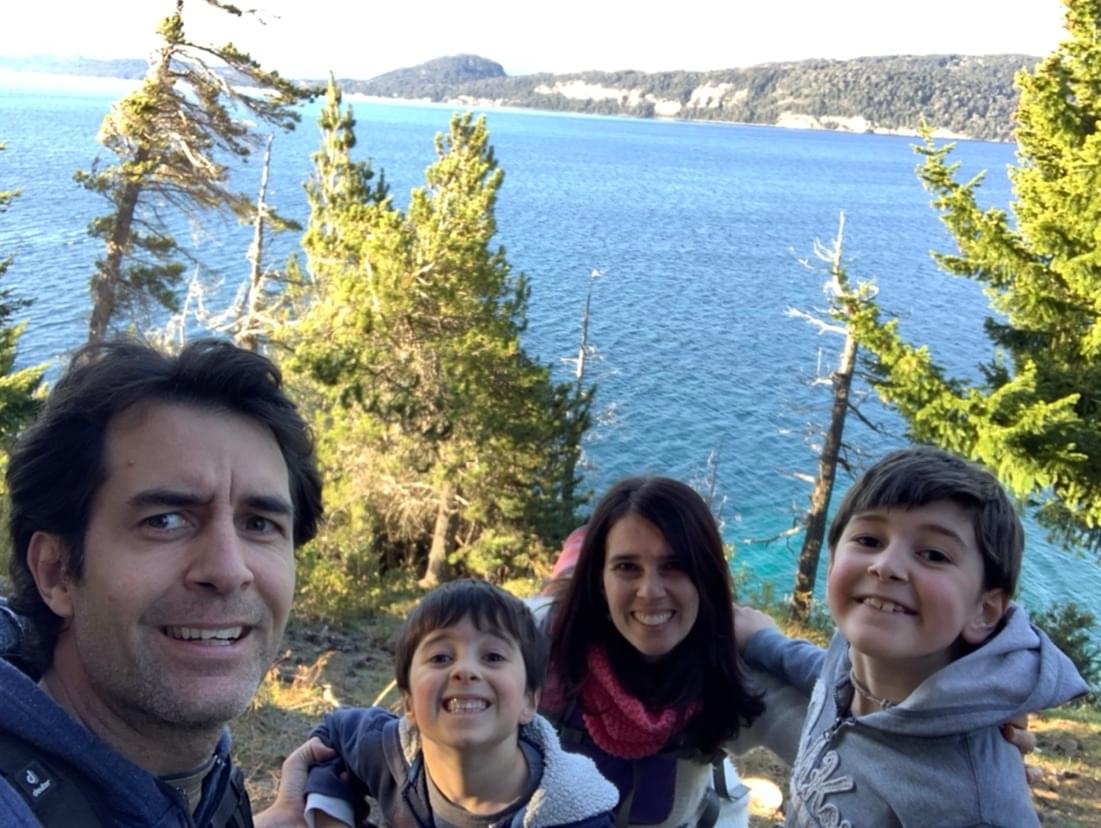 Passionate about Inspiring and Helping you Empower yourself
Tommy felt the black sheep of the family, and was the bullied kid at school. He had many failed relationships, comes from a failed marriage and also many failed businesses. He was stuck, very negative, depressed, and playing it small for many years of his life.
He had tried many things before, and NOTHING seemed to work. That reinforced his feelings of inadequacy and not good enough.
In 2009 he met an amazing woman, and starting working with her. Her teaching were very different than most out there, but very effective. She helped him change his life forever.
In 2011 he married again, and has been happily married for 11 years now. He has created 2 successful businesses, by learning the correct tools to overcome the challenges by focusing mainly on the mindset.
He was been an entrepreneur for over 25 years and has studied and worked on the mind for over 13 years.
He has reached over +120 thousand of people and has been invited to offer lectures around the world.
He started another business, that is doing 6 figures.
He is now living his dream life, living with his wife and kids in the mountains.
He has combined the best practices out there in the world and developed Rapid Subconscious Reprogramming™, a proven framework that combines coaching, neuroscience, therapy, inner child connection, self-awareness, and emotional intelligence.
96% of the people that work with Tommy, start feeling and experiencing some changes in the first couple of weeks.

What People Are Saying

+120.000 people have participated in our lectures, seminars, courses, workshops, 1 on 1 coaching, etc about Training and Reprogramming the Mind, from all around the world.

96% of the people that work with Tommy, start feeling and experiencing some changes in the first couple of weeks.
Check what people have to say about our work. 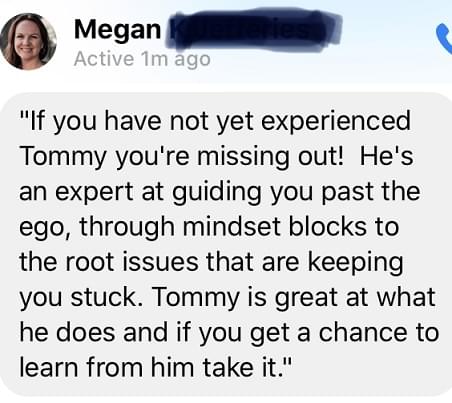 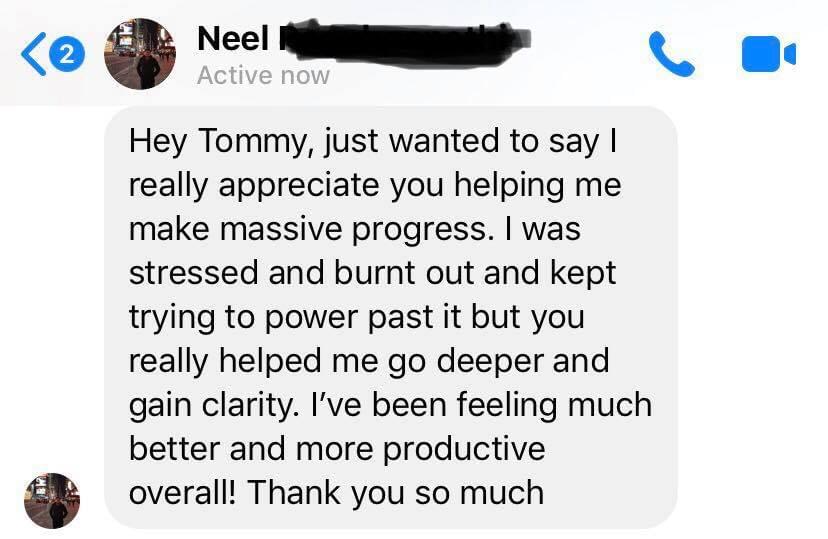 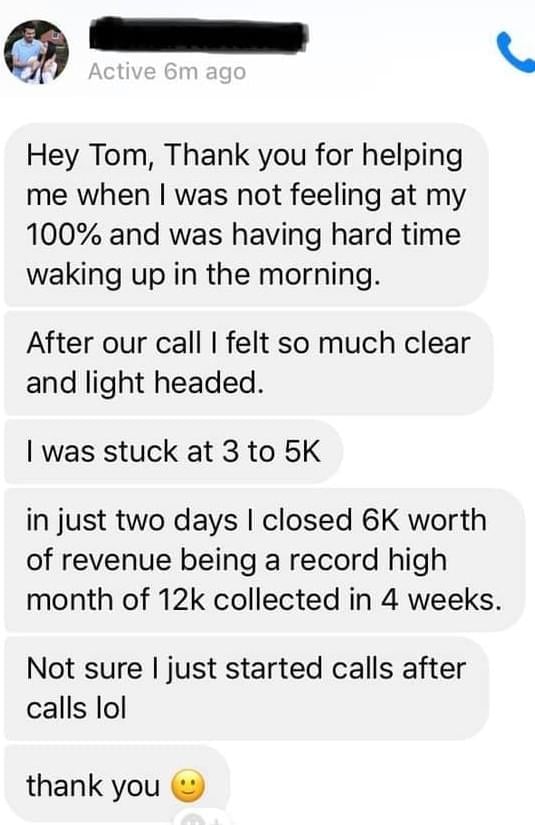 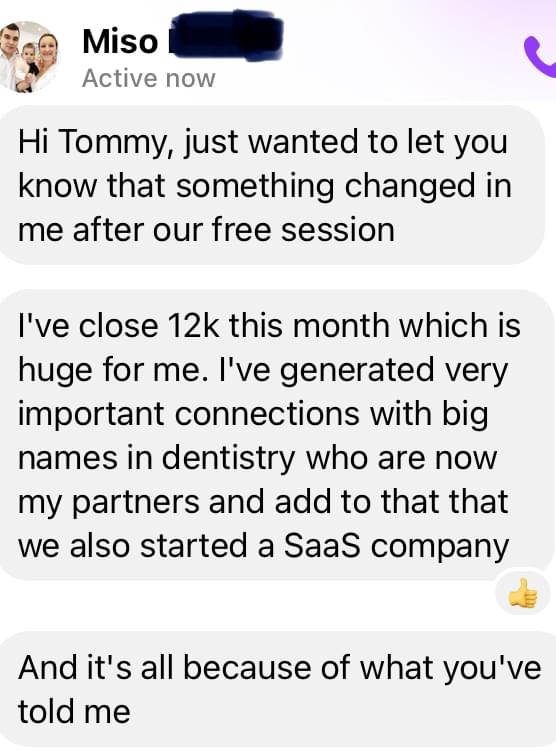 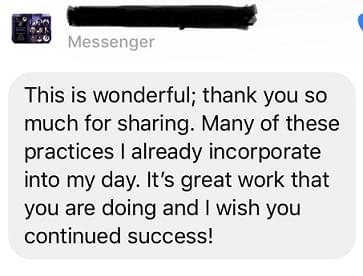 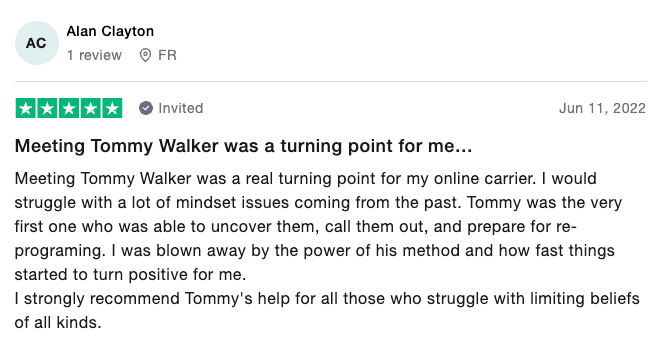 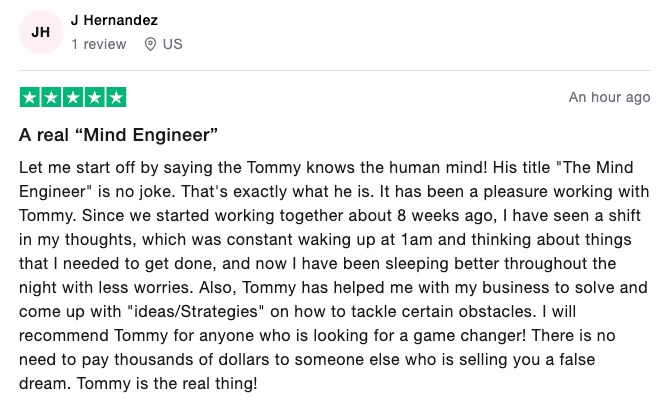 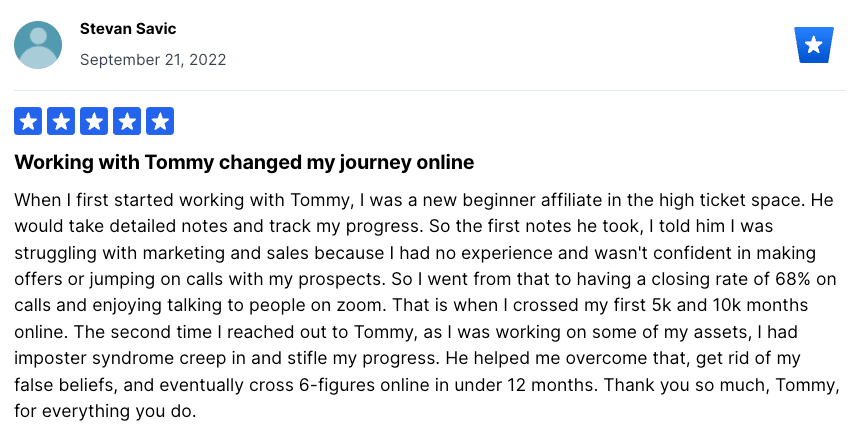 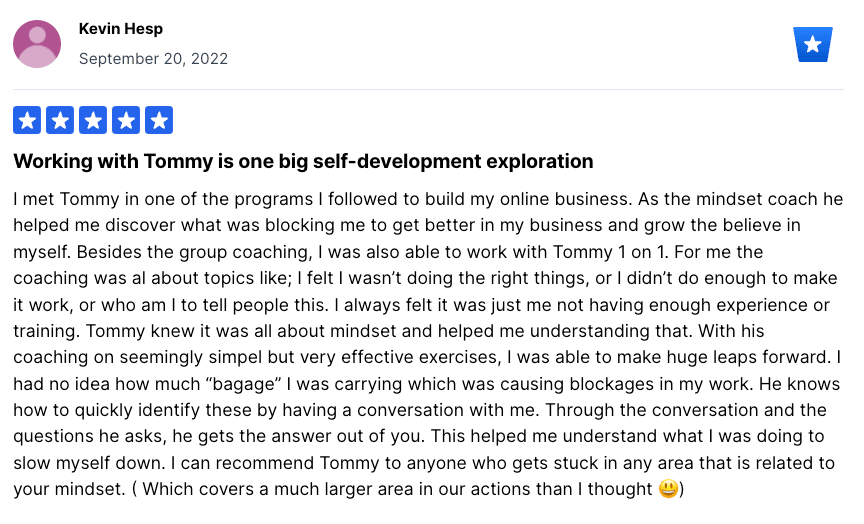 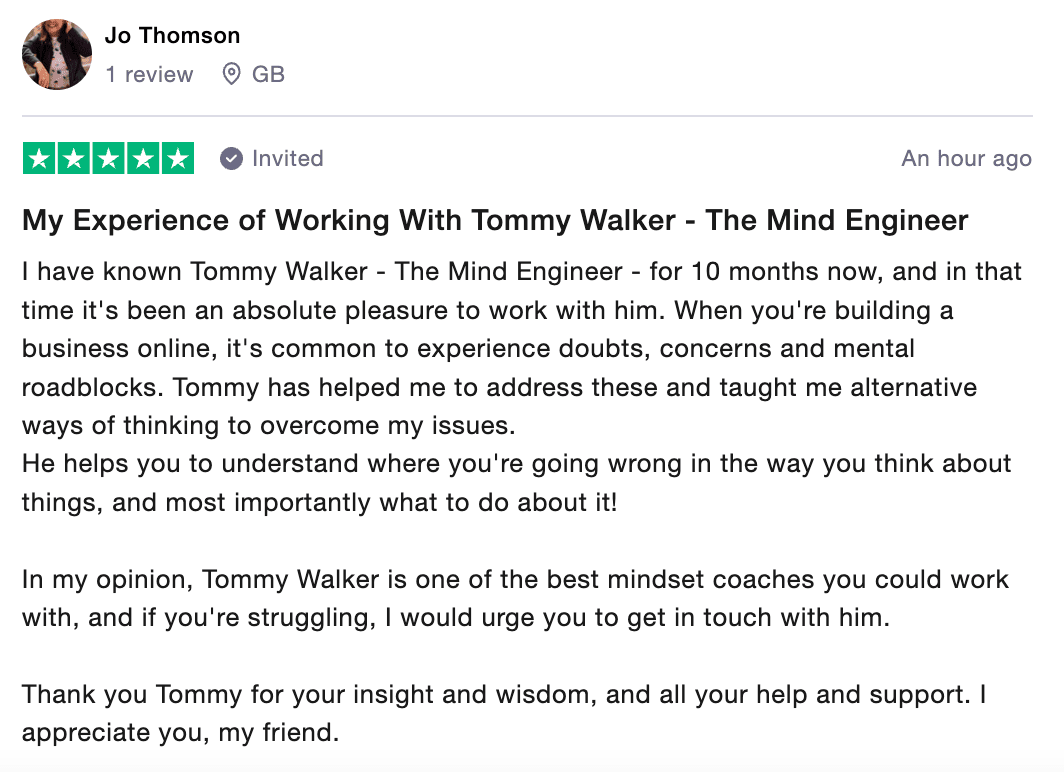 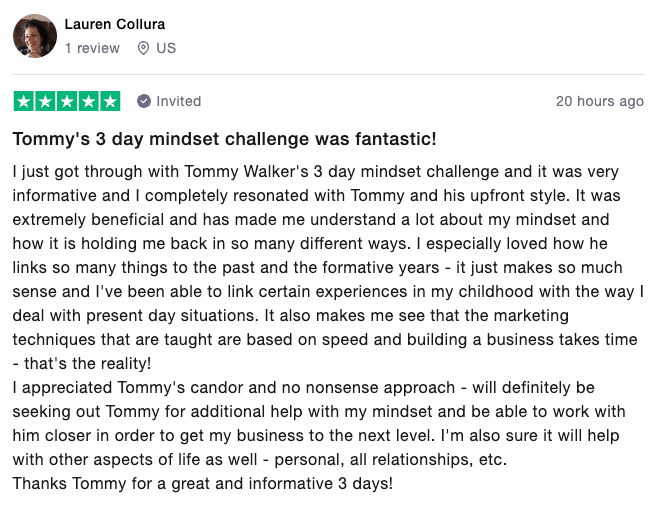 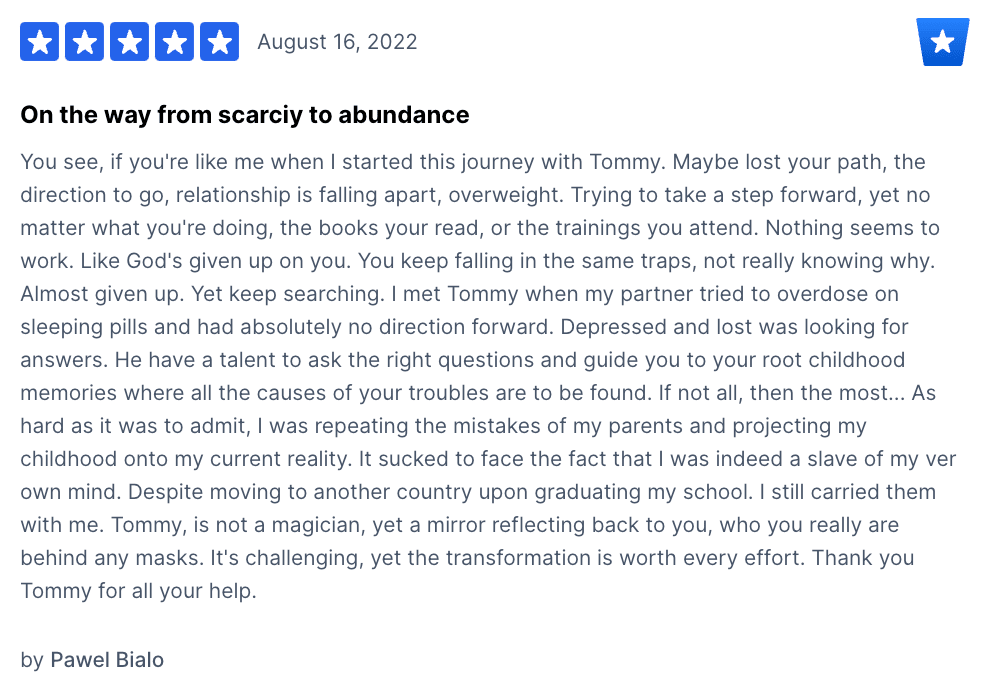 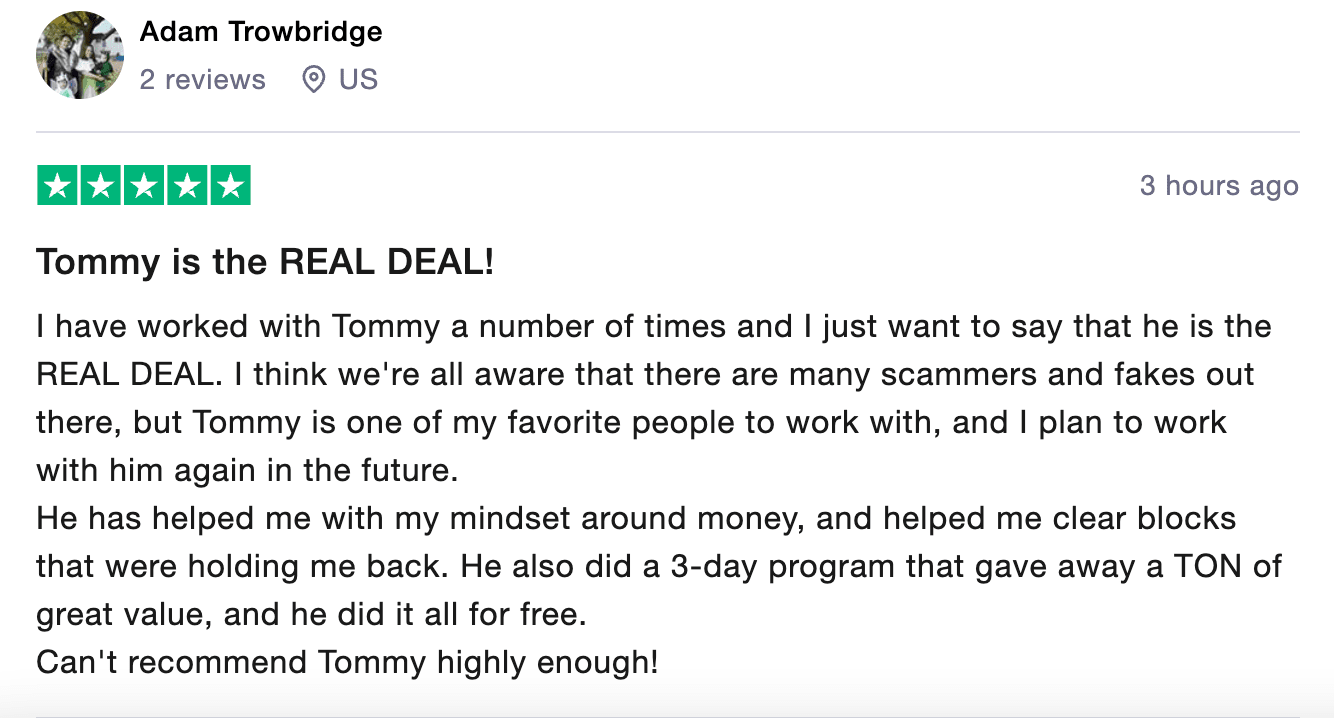 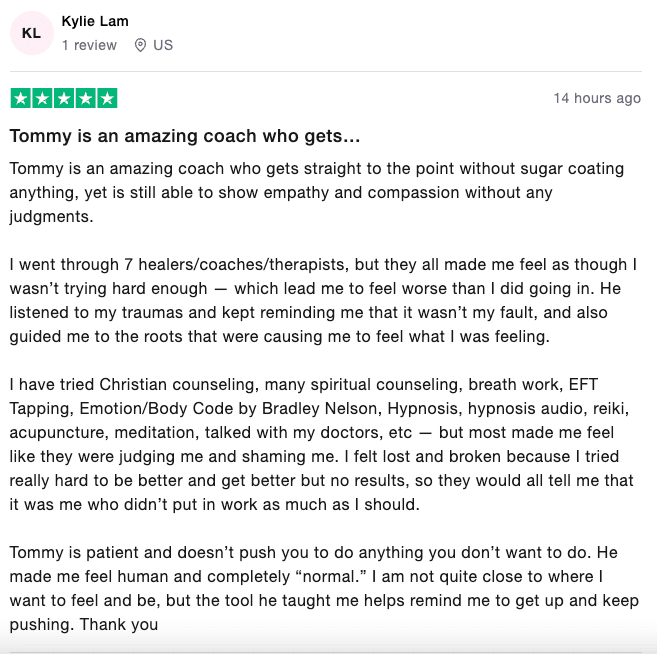 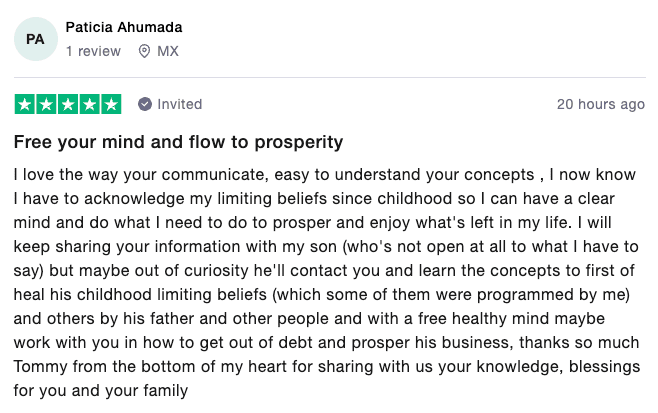 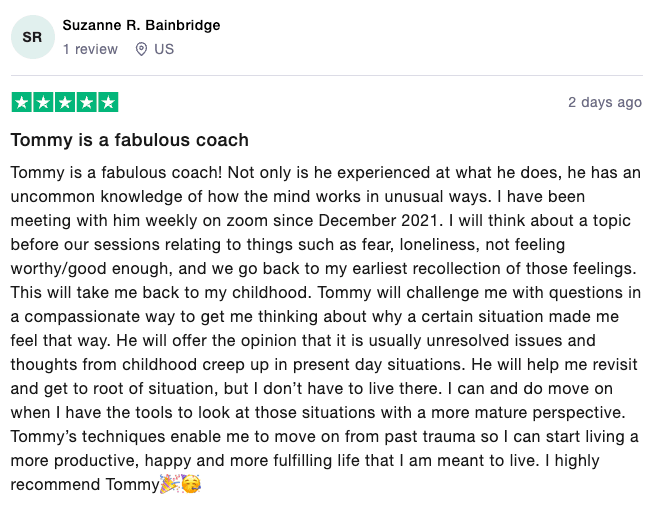 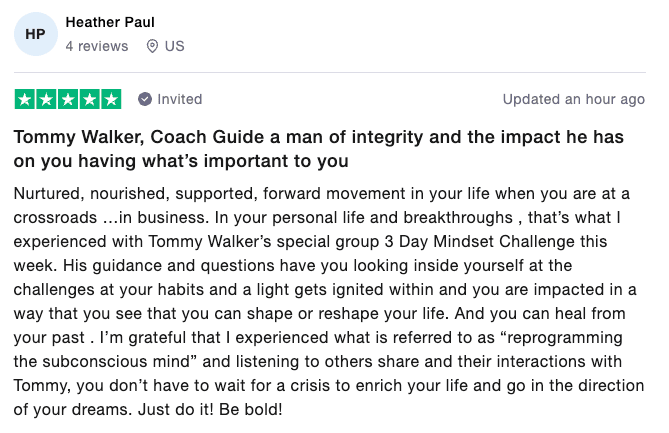 Copyright 2022 Unleashing Your Mindset For Success.
Benefits Disclaimer
Unleashing Your Mindset for Success and Tommy Walker don't intend to claim to diagnose or treat any specific conditions. He cannot guarantee that you will get physical, emotional, mental, financial, or psychological results. We have seen many results from lots of people that have put in practice the tools, ideas, recommendations, strategies, etc that we share. But we cannot guarantee our results.
All the material Unleashing Your Mindset for Success and Tommy Walker share is intended for educational purposes only. This is not a substitute for individual medical, psychological, legal, financial advice.

Unleashing Your Mindset for Success and Tommy Walker doesn't offer any legal, medical, tax, or other professional advice.